Houston, Texas – On January 1, 2021, Scott Nelson began responsibility as president of Hydraquip, Inc. With over 25 years of service within the company, Scott has played a key role in Hydraquip’s growth and will be instrumental in leading the company in its next chapter.

Scott started at Hydraquip in 1995 in an inside sales role before being promoted to outside sales in 1998. After gaining trust with his customers and fellow employee owners, Scott was promoted to Regional Sales Manager in 2007. In his management role, Scott maintained several key accounts and earned the prestigious “Salesperson of the Year” award three times: in 2007, 2008 and 2011.  Scott was instrumental in growing Hydraquip’s largest product line, Danfoss Power Solutions, through various markets in upstream oil & gas, including well stimulation, seismic, and drilling.

Scott continued to gain influence at the company and within the industry, as he was later promoted to Vice President with responsibility for overseeing the leadership of Texas and Louisiana. Scott currently serves as an officer and a member of the Board of Directors for Hydraquip, and he continues to maintain his fluid power specialist certification with the International Fluid Power Society (IFPS).

“I feel proud to serve the customers of Hydraquip for the past 25 years,” says Scott, “and I look forward to the new challenge of leading this organization.  We have a talented team of employee-owners, world class vendor partners and great opportunities to continue to grow and diversify our business.”

“Scott and I have worked together closely for many years, and I have the utmost confidence in his ability to lead this business,” said Richard Neels, President of Employee Owned Holdings, Inc. (EOHI) the parent company of Hydraquip, Inc. “His reputation in the industry, passion for the people in this business and ability to create value for our customers will continue to lead him to future success.” 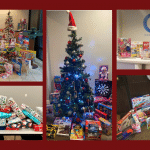 The Gift of Giving 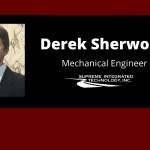