Tampa, FL – On March 6, 2020, John Flieman, III, announced his plans to retire on April 3rd from his position as CEO of GCC. With over 34 years of service, John served in multiple roles for the company, including as district manager, sales manager, Vice-President of sales, President and CEO.

John began his career in fluid power working for Scott Equipment located in the Midwest. Starting as a salesperson, John worked his way up to Executive Vice-President. Looking to escape to warmer weather, in 1986 John moved to Jacksonville, Florida to join the company, then known as Gulf Controls Corporation, as a territory manager. With a strong work ethic, excellent technical knowledge and sales abilities, John was later promoted as the first sales manager for the company, and subsequently relocated to Tampa to act in his new role. John continued to move upward with his promotion as the company’s Vice-President of Sales before taking over the complete operations of the company as its President.


When Employee Owned Holdings, Inc. (EOHI) acquired the assets of Gulf Controls. (now GCC) in 2013, John and the entire team were excited to join the 100% employee-owned family of companies. John played a critical role in managing the acquisition and providing for a smooth transition with customers and vendors. Later in 2018, GCC expanded to the Northwest with acquisition of Valin Fluid Power’s assets located in Washington and Oregon. John, in his new role of CEO, was specifically tasked with managing integration of the newly acquired Northwest offices and teams.

“John has been an enormous help and important presence for us over the years,” stated Rod Longnecker, GCC’s President who will also be taking over John’s responsibilities after his departure. “We wish him all the best in the future.”

“John has been an integral part of our company,” said Richard Neels, President and CEO of EOHI. “His management in Florida led GCC to become recognized as a premier distributor for those vendors depending on us to bring value-added solutions to the market. John’s professional reputation has been absolutely invaluable for the growth of our employee owned company.”

“I am excited about retirement and I want to take this opportunity to thank all employees for the enjoyable and rewarding experience I’ve had working for this company,” says John. “I have worked in the fluid power industry for over 40 years and am thankful to call many in the industry my dear friends. I genuinely enjoy working with our customers to solve challenges and building mutually beneficial relationships with our world class supplier partners.” 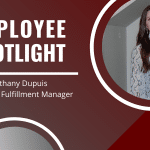