“SIT will benefit from the experience Bill and Todd bring to the team. They both have significantly contributed to our sales in the marine and offshore industries throughout the years, and we’re looking forward to their contributions as part of the Board,” stated Kevin Hayes.

Todd has over 30 years’ experience in the fluid power industry, having joined Hydraquip Corporation as an engineer in 2003.  He then moved to engineering manager before later being promoted to Director of Special projects for Hydraquip Custom Systems, Inc. when the company was created in 2007.  Todd’s leadership in the design and delivery of hydraulic jacking systems was instrumental to the company’s growth into the international offshore market.  He transitioned to SIT when Hydraquip Custom Systems, Inc. merged with SIT in 2016.

“I am looking forward to continuing to contribute to our companies’ growth and success as a  director. We have a lot of new talent in the organization, and I look forward to providing them leadership and mentoring,” stated Todd Welsh.

Bill Boyle has been with the company for the past 23 years.  Bill started working for Hydraquip Corporation in 1995 as the Louisiana Branch Manager and was instrumental in launching the company’s business in the state. He later served as Director of Sales & Marketing for Hydraquip, Inc. from 2007-2012, moved to Hydraquip Custom Systems, Inc. as its VP Sales & Marketing, North America from 2012-2016, before transitioning to SIT in 2016.

“It is an honor to be elected to the Board for Supreme Integrated Technology, Inc.,” said Bill Boyle. “With the structural capabilities for SIT, we are able to deliver the complete package to customers, and we’ve already seen new opportunities appearing because of our additional capabilities.  I look forward to driving more growth.”

Supreme Integrated Technology, Inc. is a subsidiary of Employee Owned Holdings, Inc., headquartered in Harahan, Louisiana, and is a 100% employee owned company. For other information about SIT and our family of employee owned companies, please visit www.supremeintegratedtechnology.com. 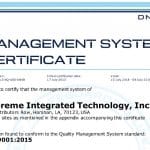 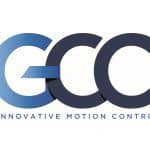